“Your true inner spirit has been realized for the good of us all. Well done !!!” …. Antigua

“What a man of words, you are…… always to the point, always brilliant…….. Love your poems.”  ….. United States

Born in England and raised on the banks of a river in the Sussex countryside, Jim from a young age developed a strong spiritual connection with the natural realm.  Problem was that he didn’t understand this until much later in life when this realization provided a catalyst and explanation for his disparate philosophies born from his many travels that didn’t seem to tie-in with much of mainstream thinking. 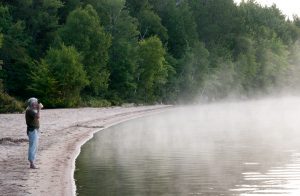 Jim, up until he moved from Canada to his native England in 2015 after more than 4 decades of living around the world, included rugged wilderness camping far from mainstream society. This allowed him to maintain his strong connection with nature and become grounded within the energies he finds flowing there. From an early age he introduced his children to this extremely healthy pastime and admits that some of his most enduring memories are from those back-country expeditions. 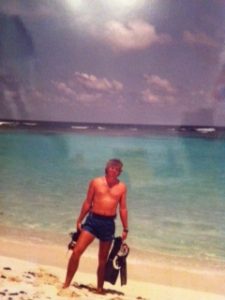 Working with the natural realm in a variety of occupations, either on sea or land, as he has done for much of his life, developed a profound respect for the balance of how life is meant to be lived within the natural wisdom that governs the planet.  This respect is represented in his writing where he is not shy to criticize what he considers to be the synthetic, artificial worlds of cities, industry and the reliance upon financial success which are all leading humanity far off the path upon which it should be walking.  At the same time he champions  environmental causes, bucolic lifestyles and indigenous groups who yet follow the Old Ways of natural balance.  Such views backed by so much experience of both aspects of human existence in many parts of the world, coupled with a keen interest in the written word has created the perfect opportunity to express what he has seen and what he believes within the many fascinating stories, poems and essays he has written. 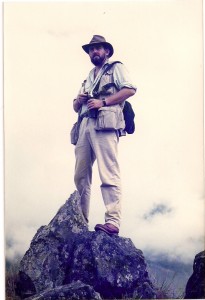 While travelling in South America Jim was able to be alone in Machu Picchu, the fabled Lost City of the Incas, as dawn broke. Such unique experiences are recounted in his stories but he doesn’t write as travelogue or memoir. He tries to put the reader into the situation so they too can explore the philosophies and understandings that being there affords. Often writing in third person about his own adventures he believes he is not writing about himself but about the experiences, and therefore he could just as easily be writing about anybody. 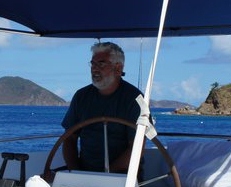 The list of countries Jim has seen is a long one by anyone’s standards although he is the first to admit that some, like Iraq, Iran, Norway, Namibia, Japan, India, Colombia, Mozambique were too short to truly experience the full essence of the place.  Yet there were so many others, Morocco, British Virgin Islands, Rhodesia/Zimbabwe, Peru, Gibraltar, America, South Africa,  Antigua, Canada, Portugal, Bahamas, Canada and plenty more where his sojourns were lengthy enough for adventures to be lived and philosophies to be developed about them.  It is from his experiences and adventures among such disparate cultures, landscapes, politics and economies that the stories and verses in his books were forged. 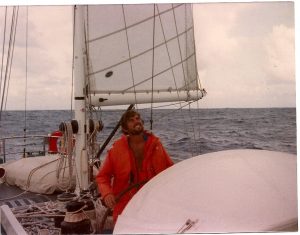 Jim twice circumnavigated the globe, sailed each of the three major oceans multiple times on various craft from an old wooden schooner to a 45,000 ton bulk carrier, an Italian President’s 33 meter super-yacht to an ocean racing sloop. Navigation and seamanship comprise his only formal training but the uncountable and incredibly broad range experiences encountered through his rather unique life have provided, in his view, an education that no university could replicate.